How to Apply Time-out In Your Home (continued)

The Elements of Success with this Technique

You may still see time-out as just “the same old thing” you have tried before without much success. To highlight some of the fairly subtle but significant differences between the usual interactions when parents send children to their rooms and the approach recommended here, a comparison of the two approaches is presented in the table below. 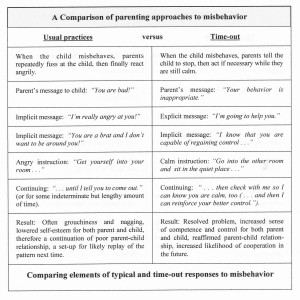 Figure 11. Comparing elements of typical and time-out responses to misbehavior

When a child becomes difficult to deal with, the “usual” response from parents is to ignore the behavior at first but to react angrily when it becomes annoying enough, conveying by their tone and sometimes by their words that the child is bad, a brat, and so on. They then exile the child to a corner or bedroom to, “. . . stay there until you are 18 and ready to leave for college” or “. . . stay there until I tell you to come out.” Neither a long penalty nor an indeterminate one gives the child any incentive to regain control but rather either one is likely to encourage the child to sit and fume.

The overall result of the usual angry interchange tends to be a setup for a repeat hassle the next day. It tends to leave both parent and child still tense, annoyed, or angry, feeling put upon, and reactive enough to be triggered easily back to the same feelings again.

In contrast to the usual approach, in this time-out approach you intervene early while you are calm and you put the focus not on the child but on the behavior. You emphasize that you see the child as somebody who is capable of regaining control. You send the child to the quiet place with instructions to stay, not a long time or until you decide it is over but until the child feels calm inside, making it clearly in the child’s best interests to become calm as quickly as possible. And when you reconnect, you have the chance to notice and reinforce behavior you most value in your child, including staying calm. The long-term result is a growing confidence for you and your child in the capacity to regain control when things get overly intense.

A mother’s reaction to three-year-old Liam’s frequent tantrums was to “finally . . . tell him to go to his room,” typically having to take him there herself “. . . to get him to calm down!” She complained that, “He just follows me right back out with this big grin on his face!” When told she seemed to be doing a great job, she demanded, “What do you mean?” Reminded that her goal was to calm Liam down and that taking him to his room produced a “big grin on his face,” she replied, “Yeah, but I’m not ready for him to come out yet. I’m still upset.”

This anecdote clearly illustrates the importance of responding to challenging behavior before you are upset yourself. By learning to send her child to time-out as soon as his behavior became unacceptable, this mother was able to save herself considerable distress. She also came to recognize her son’s own capacity to regroup although, in reality even earlier her child apparently was more dramatic than upset.

This entry was posted in Chapter 7. Bookmark the permalink.